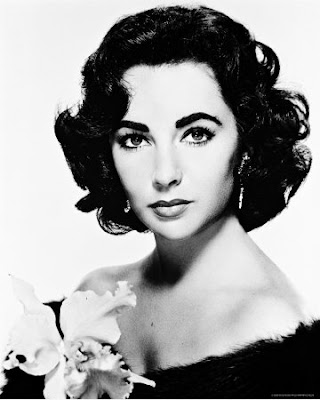 Taking just a moment today to mourn the death of cinema icon Elizabeth Taylor, who died this morning of congestive heart failure. She was 79.

In a career that spanned more the 70 years and with over 50 film credits to her name, Ms. Taylor was the epitome of Hollywood beauty and glamour. She won two Academy Awards for her performance as the call-girl Gloria Wandrous in Butterfield 8 (1960), and as the scornful wife Martha in Who's Afraid of Virginia Woolf? (1966). 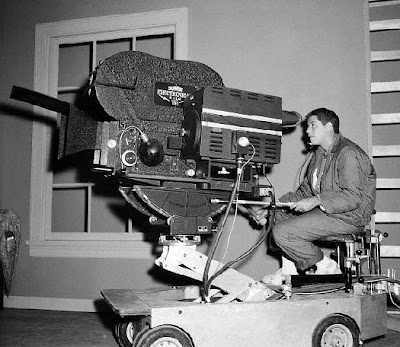 Though I have wanted to write about a number of different topics for a while now, I recently read a bit of news that reaffirmed both my ongoing disdain for Hollywood's pandering to mainstream commercial tastes as well as my dismay at the memory of yet another classic film being sullied by the specter of a potentially bad remake. The source of my consternation? Jerry Lewis' announcement in January that he was selling the rights to three of his most beloved films: The Bellboy, Cinderfella, and The Family Jewels. Variety reports that Artificial Intelligence Entertainment and Social Capital Films have signed an exclusive development deal with the screen comedy legend to "reboot each picture as a stand-alone comedy franchise, drawing heavily from Lewis’ comedic genius, as well as his heart-warming storytelling.”

Anyone who read my piece on Jerry Lewis in Scarlett Cinema last year knows how much I adored his films as a child (I still do). So when I heard that he was allowing the studios to remake these wonderfully absurd films-- particularly The Bellboy-- I was more than a little anxious that film executives, hard-pressed to produce sure-fire hits, would not be able to do the films justice. In fact, as of this writing, I am almost certain that they won't. Lewis' films are indelibly marked and characterized by the comedian's own specific brand of physical comedy, which is completely original and wholly embodied by the star's unique on-screen presence. So it comes as no surprise that studios like Paramount and Universal, who have yet to win the bid for these films, are hoping to capitalize upon Lewis' legacy and cash in, just as Universal did with its remake of The Nutty Professor (and sequels) in the late 1990s.

Lewis' candidness in interviews about being aware of the studios' reliance upon tried and true material speaks to one of the greater issues plaguing Hollywood right now; and that is an overarching terror of  anything considered to be risky or original. Though Inception proved last year that audiences were willing to pay the full price of a movie ticket to see a big Hollywood film based on a totally original concept, executives at major studios still seem to view this as the exception rather than the rule. Case in point: seven out of the top ten highest grossing films at the box office last year (Toy Story 3; Alice In Wonderland; Harry Potter and the Deathly Hallows Part 1; Shrek Forever After; The Twighlight Saga: Eclipse; Iron Man 2; Clash of the Titans) were either a remake or a sequel, demonstrating that most studio heads simply aren't willing to invest hundreds of millions of dollars in vehicles that don't already have a built-in franchise or name brand recognition. At least, not while the economy is still weak, ticket sales are barely holding steady, and revenue from DVD sales are in sharp decline. And so the machine chugs onward, cannibalizing great films of the past while the majority of unique voices in the industry are relegated to the margins of indie-film purgatory.

To my mind, perhaps the most galling thing of all is the sheer irony of the Lewis remake deal: when Lewis was allowed to make his directorial debut with The Bellboy in 1960, he essentially staked his claim as a maverick among filmmakers at the time. He initially began producing his own films so as not to be hindered by studio mandates. Restricted by budget and scheduling constraints, Lewis shot The Bellboy entirely in one location and without a script. He was also the first director in Hollywood to make use of video assist, which has since become an industry standard. In short, Jerry Lewis established himself as a filmmaker who was not only afraid to try new things, he could not tolerate making films in any other way but his own. The result was a legacy towards which Hollywood is now scampering because most studio executives are currently too risk averse to make the kind of bold choices that once guided Jerry Lewis' own career.

*Note: Despite my cynicism towards the remakes of The Bellboy, Cinderfella, and The Family Jewels, fans of Lewis' work can at least be consoled by the fact that Lewis himself will be critically involved in every step of these films' development. So, there's that. Here's hoping.
Posted by Karen Wang at Tuesday, March 22, 2011 No comments:

Now I concede: I haven't really made any kind of a scene here on You're Making a Scene in quite some time. Sometimes, life does get in the way of blogging. So what have I been doing these past two months? Well, getting married; going on a honeymoon; apartment hunting; moving; the holidays; and resuming my programming duties at Tribeca Film Institute for starters! One of my New Year's Resolutions for 2011, however, is to devote more time to writing about the films, filmmaking practices, and media-related issues that matter most to me. That being said, there's nothing like a good Top Ten list to start off the new year!

I count myself lucky to be a member of a group of incredibly discerning film critics, comprised of a number of New York University and Yale University graduate film and cinema studies alumni, who participate each year in a "Top Ten" poll organized by the illustrious Michael J. Anderson. (His fine film criticism, which can be found on his blogs Tativille and Ten Best Films, is some of the best commentary on the cinematic arts currently being written today.) Other participants in this year's poll also include P.L. Kerpius (Scarlett Cinema); R. Emmett Sweeney (Movie Morlocks and Termite Art); Matthew L. Singer (IFC.com and Termite Art); and Mike Lyon (Tits and Gore). The results of this year's poll are truly extraordinary; so, I encourage you all to check out our selections in the upcoming months, since many of the titles are probably unfamiliar to most American cinema-goers and have yet to receive distribution deals. (If there is any justice in this world, ALL of them will eventually get some kind of a theatrical or DVD release.) For the full consensus, check out Ten Best Films. My own list and a few thoughts on these selections follow below. 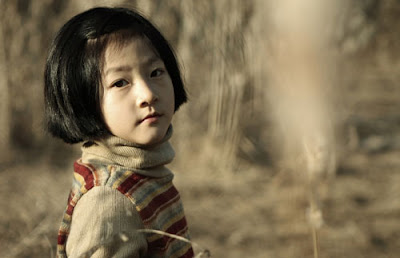 Upon reviewing this list, I am immediately struck by the number of intesely quiet and intimate character portraits (A Brand New Life, Poetry, Black Venus, The Robber) as well as family dramas (one could argue that A Brand New Life,  Poetry, and even Of Gods and Men all qualify as family dramas in addition to Another Year and My Brothers) that dominated this year. This is particularly striking in view of the showier and more widely covered Hollywood blockbusters that were released in 2010, such as Inception and True Grit (although, to be fair, I did not see the latter). The remaining films on the list are comprised of both highly topical films, such as The Social Network and Into Eternity, which manage to capture and distill unique moments in cultural and technological history, as well as the high-concept film, Black Swan. It was an extraordinary year for cinema, full of terrific writing, bold direction, and even gutsier performances, all of which amounted to a collection of films that somehow made its audiences feel the intangible, analyze the most challenging of ideas and concepts, and, in some cases, revel in the pure joy of art on the screen.

If I may be completely frank, to choose only ten films and deem them "the best" of any given year does somehow feel a bit inane. Art is, after all, subjective; and cinema, more than any other art form, is the product of an incredibly collaborative process full of compromise, a plethora of chance happenings, budgetary and time constraints, as well as a host of other factors that remain out of any director's limits of control. Thus, I just want to make it clear that the above list is simply comprised of those ten films which, for one reason or another, left the most indelible impressions upon me. Which is to say that there were many other films I screened this year that also deserve special mention and which, depending on the criteria and on the day, could take the place of at least a few of those films listed in my top ten. These are (in no particular order):