Tribeca All Access opened their submissions period on September 15th; but there's still time left to give your project-in-development some of the greatest support as well as exposure you could ever hope find anywhere in the industry!

A program of the Tribeca Film Institute, Tribeca All Access selects a limited number of projects each year from a large pool of applicants who come from traditionally under-represented communities. During the week of the Tribeca Film Festival in New York, TAA then facilitates a series of meetings between those filmmakers who have been selected and industry representatives who come from the worlds of development, production and distribution, as well as agencies and law firms that have a passion for contributing diverse voices to the film industry.

Under the stewardship of TFI's Artistic Director, Beth Janson, and Program Director, Tamir Muhammad, Tribeca All Access has developed into a highly regarded forum for industry representatives to meet talented filmmakers, find new and exciting scripts covering a range of genres and budgets, and get a first look at documentary works-in-progress.

Jay Wadley, an incredibly gifted music producer and scorer of films whom I met this year at the Tribeca Film Festival, put together this video which has been blowing up all over YouTube today:

That's Jay playing the bongos and conducting! And that coolly confident chanteuse at the mic is none other than the very talented progeny of NBC Nightly News anchorman Brian Williams, Allison Williams. The arrangement is a mash-up of the memorable opening theme song to the AMC cable network's hit show, Mad Men, and the classic song, "Nature Boy," which was originally made famous by singer Nat King Cole. Kudos to Jay and his team for showing the world how a terrific musical arrangement, top notch hair, make-up and costume design, and slickly effective stage lighting can make for a truly great video.

To follow Jay on Twitter, go to http://twitter.com/#!/jaywadley.
Posted by Karen Wang at Thursday, October 14, 2010 No comments: 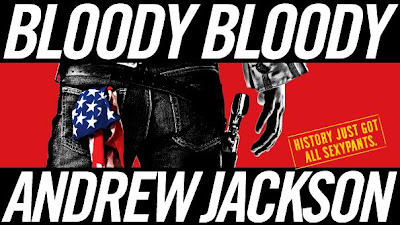 Congratulations to friend and former colleague, Alex Timbers, on his much-acclaimed show, Bloody Bloody Andrew Jackson, making it to the Great White Way! Alex, whom I first met in our early days starting out in the New York theater scene, co-founded and has served as Artistic Director of the award-winning experimental theater company, Les Freres Corbusier, for the past seven years. BBAJ was the brainchild of Alex, who wrote the book and directs the show, and Michael Friedman, who wrote the show's music and lyrics.
After a successful run at the Public Theater (the same company that helped to workshop and give wings to the transcendent Broadway musical, Passing Strange), Bloody Bloody Andrew Jackson was given the greenlight to officially premiere on Broadway this fall. A satirical rock musical about the founding of the Democratic Party, the show focuses on the United States' seventh president, Andrew Jackson, redefining him as an "emo" rock star. Major plot points include the concept of populism, the Indian Removal Act, and Jackson's relationship with his wife, Rachel.
The show, which has been in previews since September 21st,  opens this Wednesday, October 13th, at the Bernard B. Jacobs Theatre. 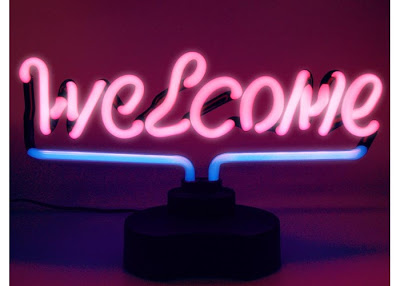 Greetings, dear readers. And welcome to You're Making a Scene.
For the past three and a half years, I have had the honor and privilege of being a regular contributor to sister-blog Scarlett Cinema, which film ciritc P.L. Kerpius and I first founded under the auspices of giving women a greater voice within the traditionally male-dominated realm of film criticism. I am immensely proud of Scarlett and all that it has become since its early days. Having first met in the Cinema Studies department at Tisch School of the Arts back in 2003, Ms. Kerpius and I were often stymied by the glaring differences that seemed to exist between the ways in which we and our male counterparts thought about and discussed the very medium that had drawn us all together: film. Even more frustrating was the realization that our ideas about film as well as the manner in which we chose to communicate them were regularly being squelched amidst a din of other voices that typically felt more contentious in attitude rather than dialogical. Thus, we felt compelled to create Scarlett as a means through which we could finally be heard. Or at least feel like we were being heard.
The truth of the matter is, however, that while Scarlett remains very dear to me, my heart simply isn't in it these days. Scarlett is a shining example of what fine film criticism written from a uniquely female perspective could and should be; and most of the credit for that should be given to Ms. Kerpius (I haven't written a post of substance for Scarlett since late 2009). The reason for this is that while I enjoy and appreciate most traditional forms of film criticism, I am just as, if not more, interested in discussing the business, creative development, and production of films as well as the examination of how social constructs such as race, gender, class, and nationhood are both represented in as well as propagated by various forms of mass media. In other words, I am interested in the how and the why behind moving images and their social and cultural impact upon people as much as I am with the formal qualities of extant cinema. Consequently, it is my hope that both Scarlett as well as my own areas of interest will be better served by You're Making a Scene, a blog that aims to discuss film primarily, but also to speak more broadly to the sociological, cultural, and production aspects of a number of mass media forms, including music videos, viral videos, television shows, newscasts, and even other blogs.
Though it is possible I may still pop in to Scarlett from time to time, Ms. Kerpius will continue to expertly steer that ship. In the meantime, I invite you to revisit my humble little corner of the blogosphere to read my thoughts on issues related to mass media production and, by extension, its impact upon the more ambiguous project of culture production. Let the fun begin! ¡Olé!
Posted by Karen Wang at Tuesday, October 12, 2010 1 comment: